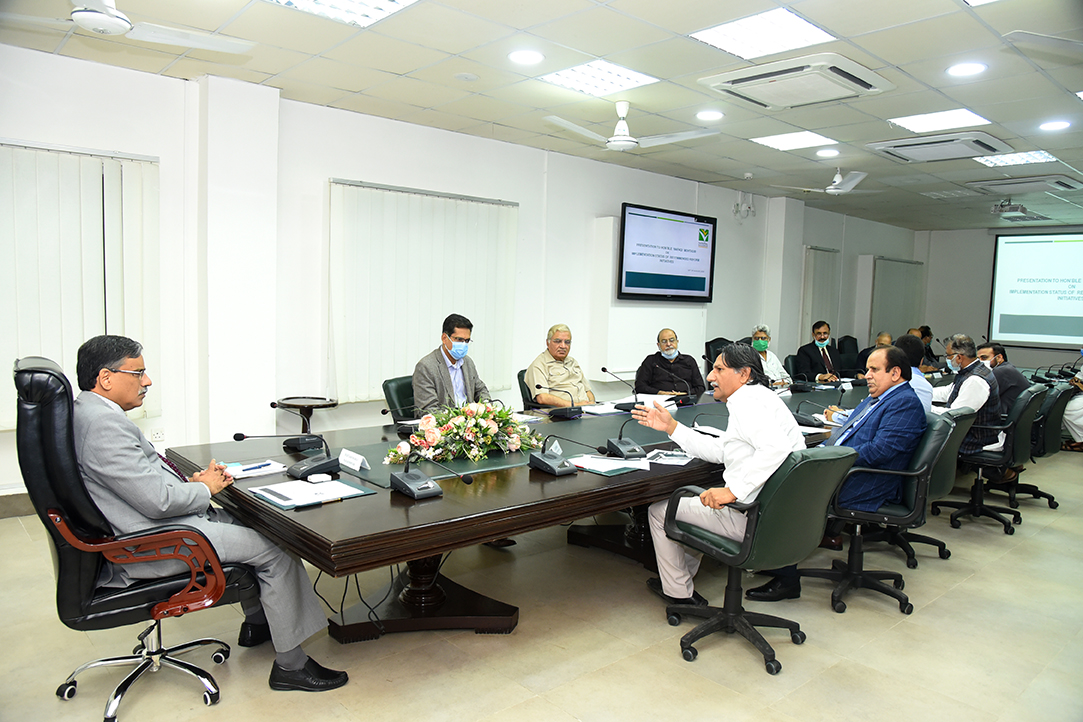 The Federal Ombudsman Syed Tahir Shahbaz by taking cognizance of the difficulties of senior citizens and widows has directed Ministry of Finance and Director General National Savings (CDNS) to facilitate senior citizens, widows and pensioners as per banking standards.  He also directed to transfer their profits against saving certificates to their personal accounts into scheduled banks.  He further directed to issue ATM cards to CDNS customers so that they could draw their profits as per their own wishes.  He was chairing a high level meeting to review the progress on CDNS Reforms Report issued by the Wafaqi Mohtasib Secretariat(WMS).  He said that CDNS is a reliable source of long-term funding to the government and a widespread distribution network that provides access to protect the savings of senior citizens, widows and pensioners in a rightful manner.  He expressed his concerns over the difficulties of senior citizens while getting profit against their saving certificates in the saving centers.  Mr. Javed Iqbal, Senior Joint Secretary Ministry of Finance and Director General, National Savings (CDNS) Mr. Muhammad Khalil gave a detailed briefing on the implementation of CDNS Reforms Report.  The representative of Ministry of Finance informed that although CDNS is a government department but it has been declared autonomous.  The Director General CDNS informed that CDNS has 376 branches out of which 153 have been fully computerized and remaining would be automized by the end of December this year.  He said Shuhda Family Welfare Accounts, Widows, senior citizens and disabled persons have been especially facilitated in the centres.  He said that ATM card has been designed and as soon as all the branches are computerized, ATMs would be issued to consumers.  The Ombudsman asked CDNS authorities to adopt the banking system at the earliest for provision of proper facilitation to senior citizens as per banking standards.  He also asked for provision of facilitation to the customers in getting profit from any CDNS centre in Pakistan.  He said that CDNS must obtain bank accounts of every certificate holder for transfer of their profit into their scheduled bank accounts.  He further directed that automation of all CDNS branches must be completed by the end of December this year. The Ombudsman also appointed Mr. Sohail Ahmed, Additional Secretary WMS as Focal Person on CDNS to monitor the progress.  The CDNS also directed to submit its progress report after every 15 days to WMS.