Ombudsman stresses for creating more awareness among people on the role of Federal Ombudsman. 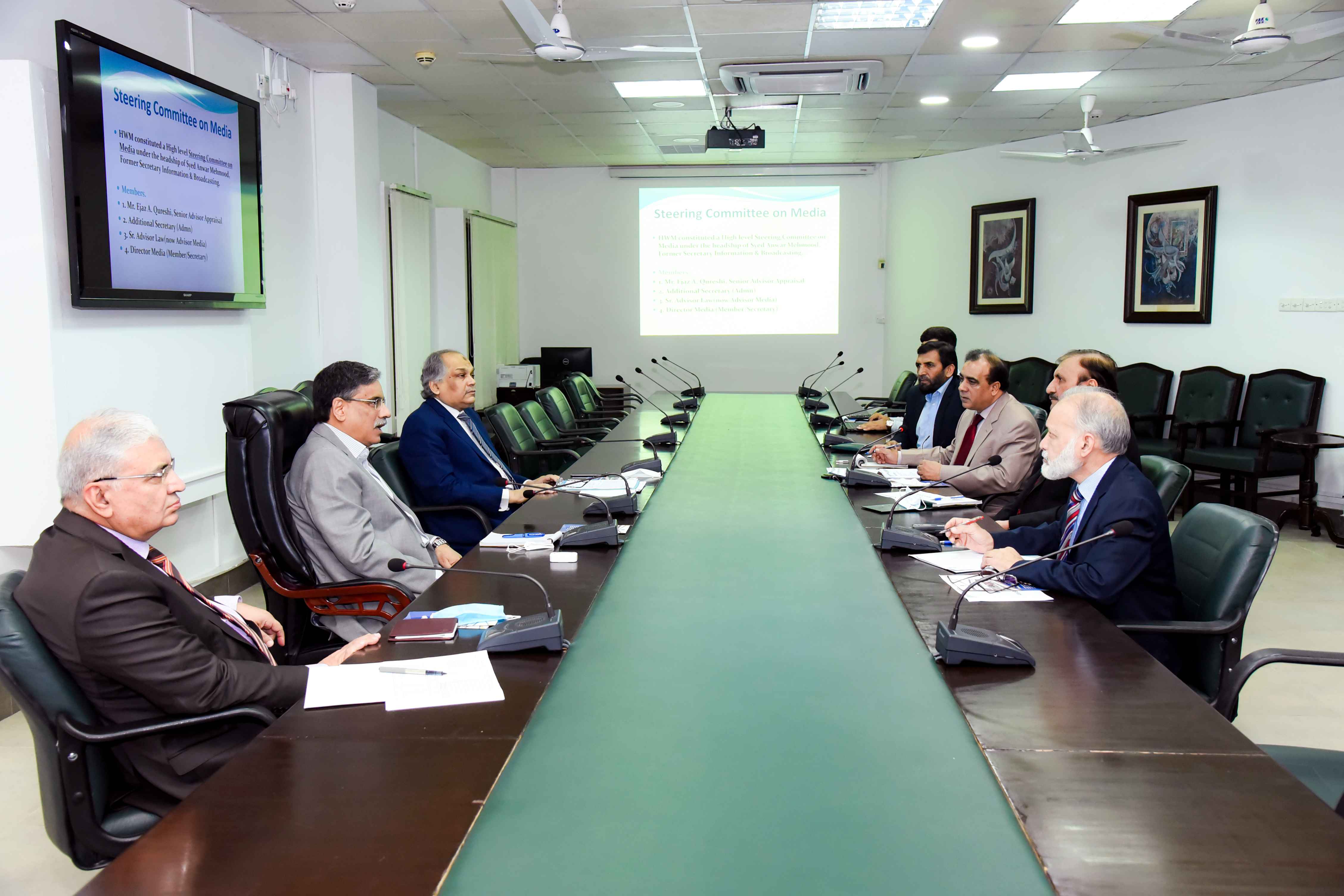 The Federal Ombudsman, Syed Tahir Shahbaz has stressed for creating more awareness among people on the role of Wafaqi Mohtasib, so that the message of Wafaqi Mohtasib must reach at the door step of a common man.  He was chairing a progress review meeting to gauge the status of awareness campaign on the role of Wafaqi Mohtasib. The meeting was attended by Secretary WMS Mr. Shoaib Ahmed Siddiqui, Senior Advisor Appraisal Mr. Ejaz A. Qureshi and other senior officers of the Secretariat. While giving a detailed briefing, Director Media informed that an aggressive media & awareness campaign had already been launched especially in the far flung areas of the country.  He said that seminars are being conducted in the provincial capitals, chambers of commerce & Industry and awareness lectures are also being imparted in the colleges and universities.  He said that special programs are being aired through Radio Pakistan and FM channels.  He said that awareness boards have been mounted at the entrances of Ministries and public offices.  He further said that for awareness of Overseas Pakistanis, briefing pamphlets and posters have been displayed at international lounges of airports and all Pakistan embassies abroad.  He said that a bilingual quarterly newsletter has also been issued regularly. He said that special awareness messages have also been disseminated on mobile phones with the help of PTA.  He said that awareness board are also being displayed at the toll plazas of motorways/highways and at railway stations.  He further said that the year 2019 was observed as the year of awareness due to which number of complaints have been ascended from 74,000 to 134,000 in the year 2020.  He said that last year special focus was made in the Balochistan Province and in result of that awareness campaign in Balochistan, almost more than 800% number of complaints were enhanced.  The Ombudsman directed that while conducting Khuli Kacheries and hearing proceedings in Outreach cases, local media must be addressed so that the people of remote areas could be more sensitized on the role of Wafaqi Mohtasib.  He said that the platform of social media should be used more aggressively so that maximum number of people could be sensitized on the role of Wafaqi Mohtasib.