Ombudsman accentuates to provide better facilities to Overseas Pakistanis at One Window Facilitation Desks at Airports. 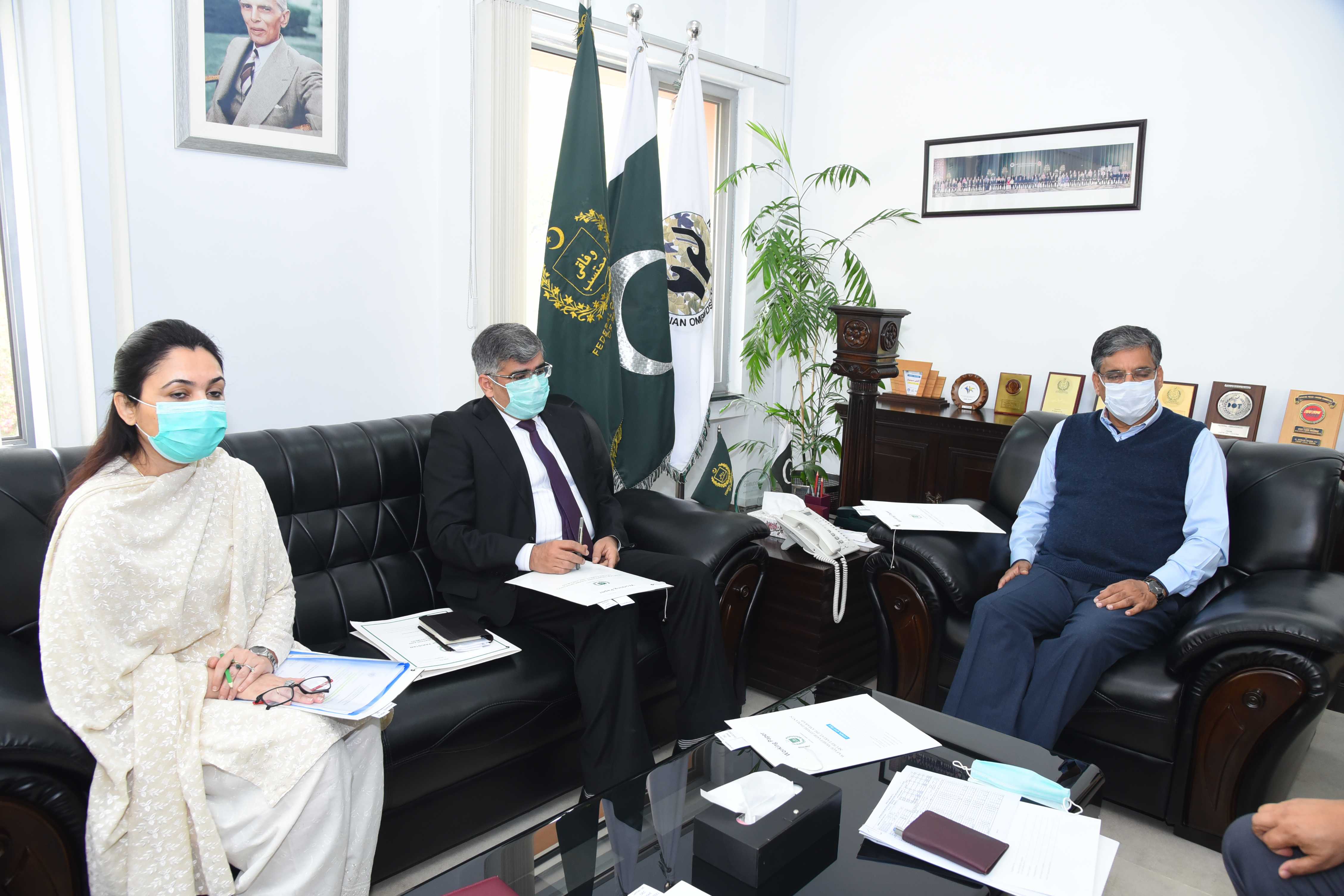 The Federal Ombudsman, Syed Tahir Shahbaz has shown great concern over provision of facilities to Overseas Pakistanis at One Window Facilitation Desks at 08 International airports.  He said that 8.5 million Overseas Pakistanis are our valuable assets who send billions of US dollar every year to Pakistan.  Provision of facilities to them would be a top priority of every government institution. He said that representatives of all 12 concerned departments would ensure their presence round the clock at one window facilitation desks.  He was chairing a high level meeting in his office which was attended by the Mr. Kashif Ahmed Noor, ED, Bureau of Immigration & Overseas Employment, Mrs. Shaheena Ali, Joint Secretary M/o Overseas Pakistanis, Dr. Inamul Haq Javed, Grievance Commissioner for Overseas Pakistanis and Senior Adviser Appraisal Mr. Ejaz Ahmed Qureshi.

Grievance Commissioner for Overseas Pakistanis presented a report and informed the meeting that during his visit of Peshawar airport, informed that approximately 80 flights are operated in a week and mostly people belongs to labour class who had number of problems regarding Overseas Employment Bureau.  The Federal Ombudsman directed the ED, Bureau of Immigration and Overseas Employment to resolve all issues of overseas employees and report.  The Ombudsman also directed for submission of monthly performance report of facilitation desks of all airports.  It is pertinent to mention that the representatives of 12 departments i.e. FIA, Immigration, Nadra, OPF, Civil Aviation etc. remained present 24/7 at 08 international airports for facilitation of overseas passengers under the directions of Federal Ombudsman.

The Ombudsman urged for better working coordination among all the departments, so that better services could be provided to Overseas Pakistanis.  He directed the CAA for provision of better facilities to the reps. of all departments.