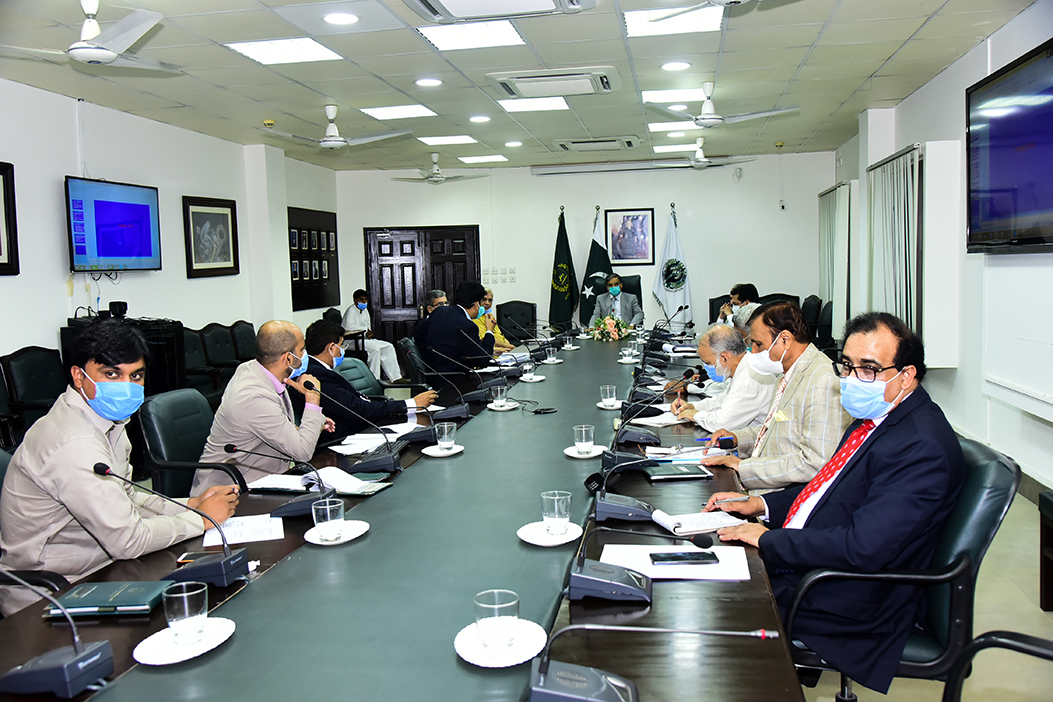 The Federal Ombudsman Syed Tahir Shahbaz has emphasizes upon Investigating and Senior Officers of Wafaqi Mohtasib Secretariat to provide maximum relief to complainants.  He said that the scope of awareness campaign must be enhanced and all tools of media and social media be used to sensitize people particularly belonging to remote areas, so that they could be aware to fight for their rights through Wafaqi Mohtasib Secretariat.    He further directed to organize meetings with major federal government agencies to address systemic issues, so that maximum relief should be provided to people at their end.  He also advised that attendance level of representation by agencies before the Investigating Officer must be of senior level.  He also directed the Investigating Officers of regional offices to frequently visit districts and tehsils to hear public complaints under Outreach Complaint Resolution Programme.  He was chairing a meeting of senior officers of the secretariat to review progress of investigation and other related work.

The Grievance Commissioner for Overseas Pakistan while briefing on prison reforms progress informed that 06 quarterly implementation reports have been submitted in the Supreme Court of Pakistan, whereas, all the stake holders have completed their legislation process and Oversight Committees have also been fully functional.  He said that Punjab has linked 9- ATC courts for video link trials from jails.  The Ombudsman directed that due to corona pandemic, meetings with all stakeholders have not been materialized during the current quarter; therefore, progress reports must be obtained from them.  He said that speedy efforts be ensured to improve plight of prisoners by changing the mindsets.