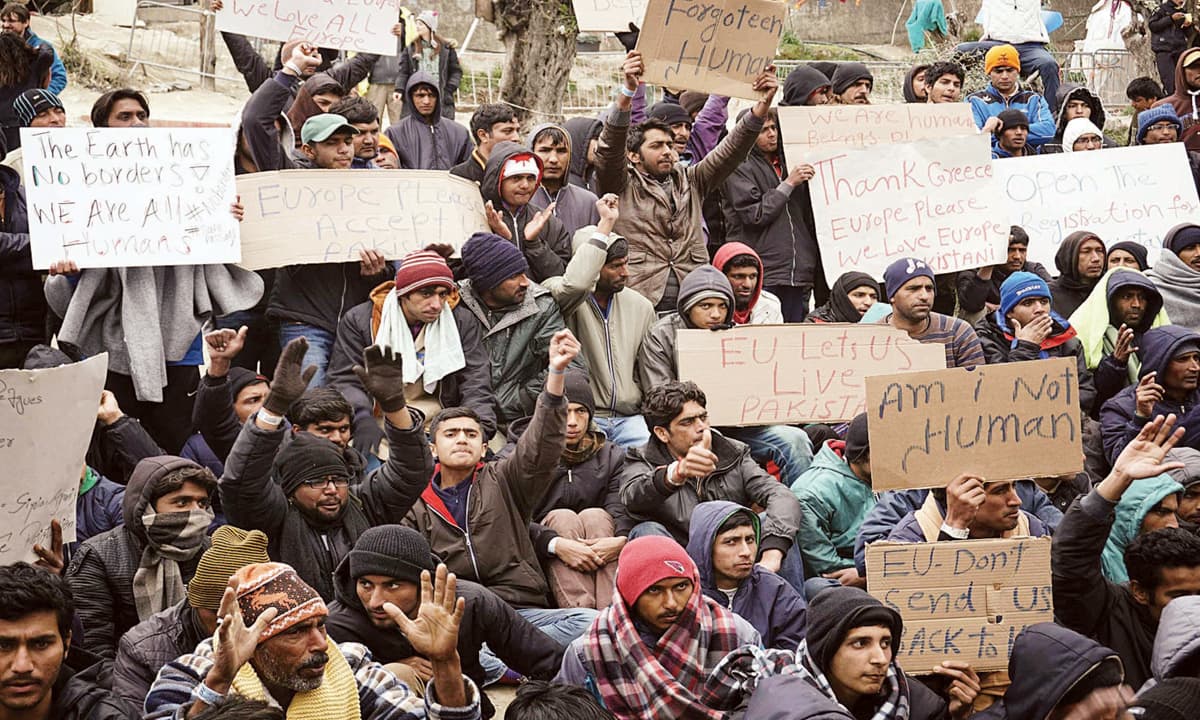 A group of Human Rights Lawyers, Solicitors and Activists of UK filed a complaint before the Federal Ombudsman stating that a group belonging to them visited different prisons and detention centers of Athens, Greece to provide legal assistance to needy refugee children and families in these detention centers. They found out a large number of under 18 Pakistani children/boys in different detention centers of Athens who had been suffering from miserable conditions whereas they also had no national identity cards. Their delegation visited the Embassy of Pakistan in Athens for the purpose to extend support to these Pakistani children. They further stated that the Embassy of Pakistan was fully aware of the situation, but there was no proper solution due to some technical and legal reasons.

As per information, which they gathered, there are 1550 Pakistani citizens in different Greek detention centers, prisons and police stations, out of which 617 are adults and remaining are minors. Only 213 Pakistani citizens are presently under trial. They said that their organization had faced great difficulties to provide them legal assistance due to improper documentation and incomplete information relating to them. They requested Federal Ombudsman to interfere and direct the concerned departments' teams to visit these detention centers and prisons to ascertain real identity of the Pakistani children.

The Ministry of Foreign Affairs (OP Directorate) intimated that as per information shared by the Greek authorities, there were 659 detainees in detention centers; however, as per Embassy's information there had been 800 to 1000 detainees including 100-200 minors. It further stated that in most cases, names and particulars of prisoners had not been shared with the Pakistani Embassy by the Greek authorities. A large number of minors are in juvenile prisons and all of them are illegal migrants and asylum seekers. The Ministry further informed that under 18 years illegal emigrants from Pakistan enter Greece via Turkey, because for minors it is easier to get legal status in Greece. The Pakistan Embassy in Greece has recommended making joint effort to curb illegal emigration from Pakistan to Europe via Greece with coordination of FIA, Ministry of Interior and Ministry of Overseas Pakistanis.

The Federal Ombudsman directed the Ministries of Foreign Affairs, Interior, Overseas Pakistanis & HRD, D.Gs FIA and Immigration & Passport to hold joint meeting and formulate a comprehensive strategy to curb this illegal migration and human trafficking and submit their report.