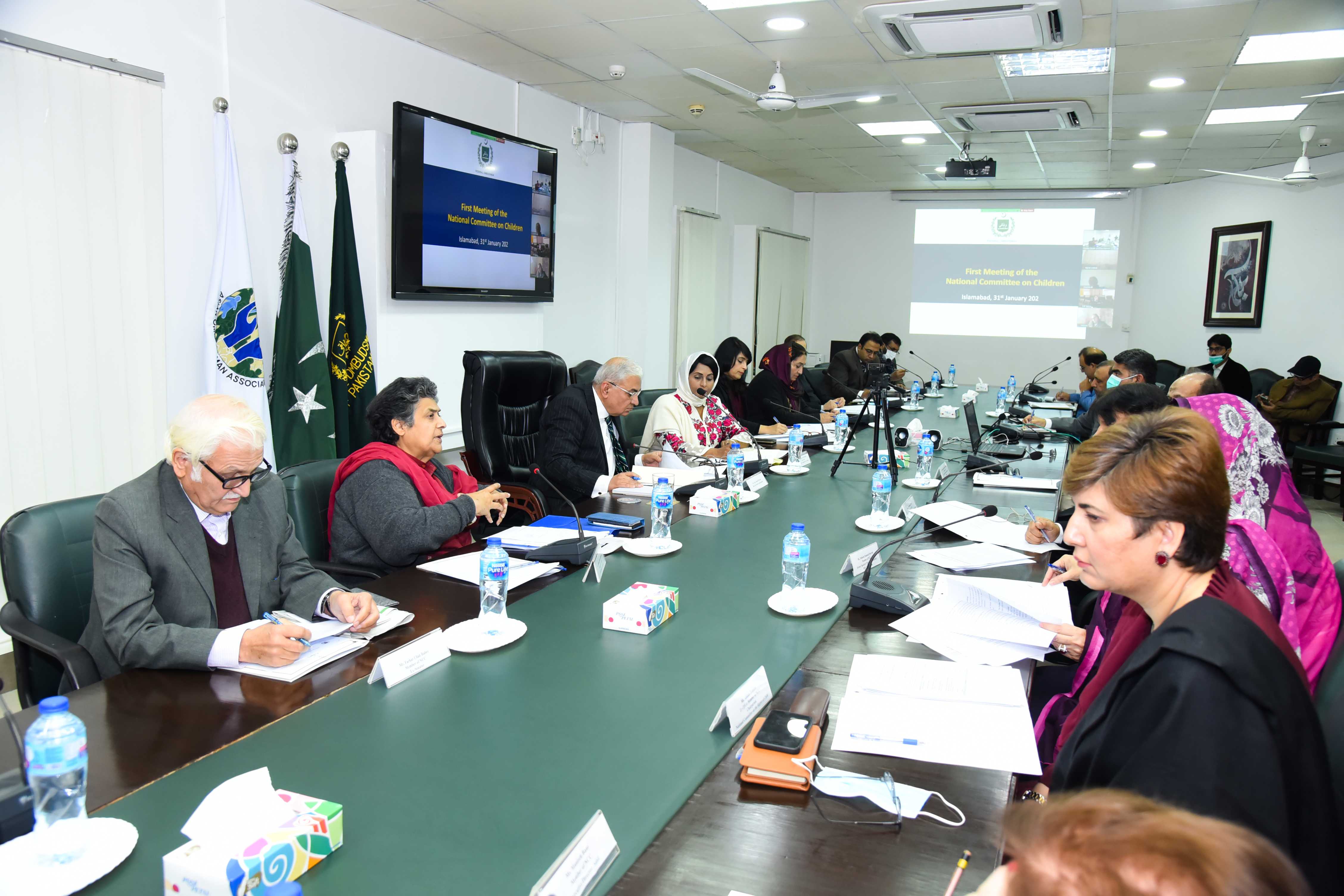 The Hon’ble Federal Ombudsman Mr. Ejaz Ahmad Qureshi has said that children rights is a cross-cutting theme and requires concerted efforts by all stake holders. He said most of the countries have a Child Ombudsman but in the absence of Child Ombudsman in Pakistan, the Federal Ombudsman has been working for children rights. He said, unfortunately, violence against children is a major issue in Pakistan, therefore we have to collectively safeguard our children rights as a society. He said that we have more than 100 million children of less than 18 years age who have no right of vote.  He stressed on government agencies and civil society organizations to work for the protection of child rights and to address their grievances through a well-coordinated effort.  He said that due to our Islamic and social values, parents are always ready to discharge their responsibilities towards their children and make every sacrifice for them.  He was chairing a first meeting of the National Committee for Children at Wafaqi Mohtasib Secretariat Islamabad, today which was also attended by Ms. Shaheen Atiqur Rehman, Vice-Chairperson Bunyad Foundation, Mr. Zia Ahmed Awan, Founder of Madadgar National Helpline Sindh, Begum Raheela Durrani, MPA/former Speaker of Balochistan Assembly, Ms. Samar Minallah, Anthropologist/Film Maker, Ms. Afshan Tehseen, Chairperson NCRC and other Human Rights activists.  Keeping in view the importance of the issue at national level, the National Committee on Children includes professionals, parliamentarians, experts, government officials and activists with meaningful contribution in protection and promotion of child rights, he said.  The meeting aimed to brief the Committee members on the progress of the initiatives taken by the office of Wafaqi Mohtasib and to discuss the Strategic Vision. The plan is aimed to strengthen the mechanism for the protection and promotion of children rights. The committee was briefed that the responsibility to address children’s issues is not limited to any particular agency but requires concerted efforts by all stakeholders. The Committee is vested with the mandate to monitor the status of children rights in Pakistan, especially the children at risk; and redress grievances of children through the Wafaqi Mohtasib's Grievance Commissioner for Children. The Committee will also address the systemic issues relating to children rights. The Federal Ombudsman has also taken on board the Provincial Ombudsmen to address children rights at provincial level.  The meeting reached a consensus to carry out a study on the issues concerning the street children in Islamabad and for preparation of a particular plan of action to address the issues involved.  The meeting also reviewed the progress on steps being taken to control violence and cybercrimes against children.