The President appreciated the timely compilation of annual report and the efforts of Federal Ombudsman and providing inexpensive justice to the people. 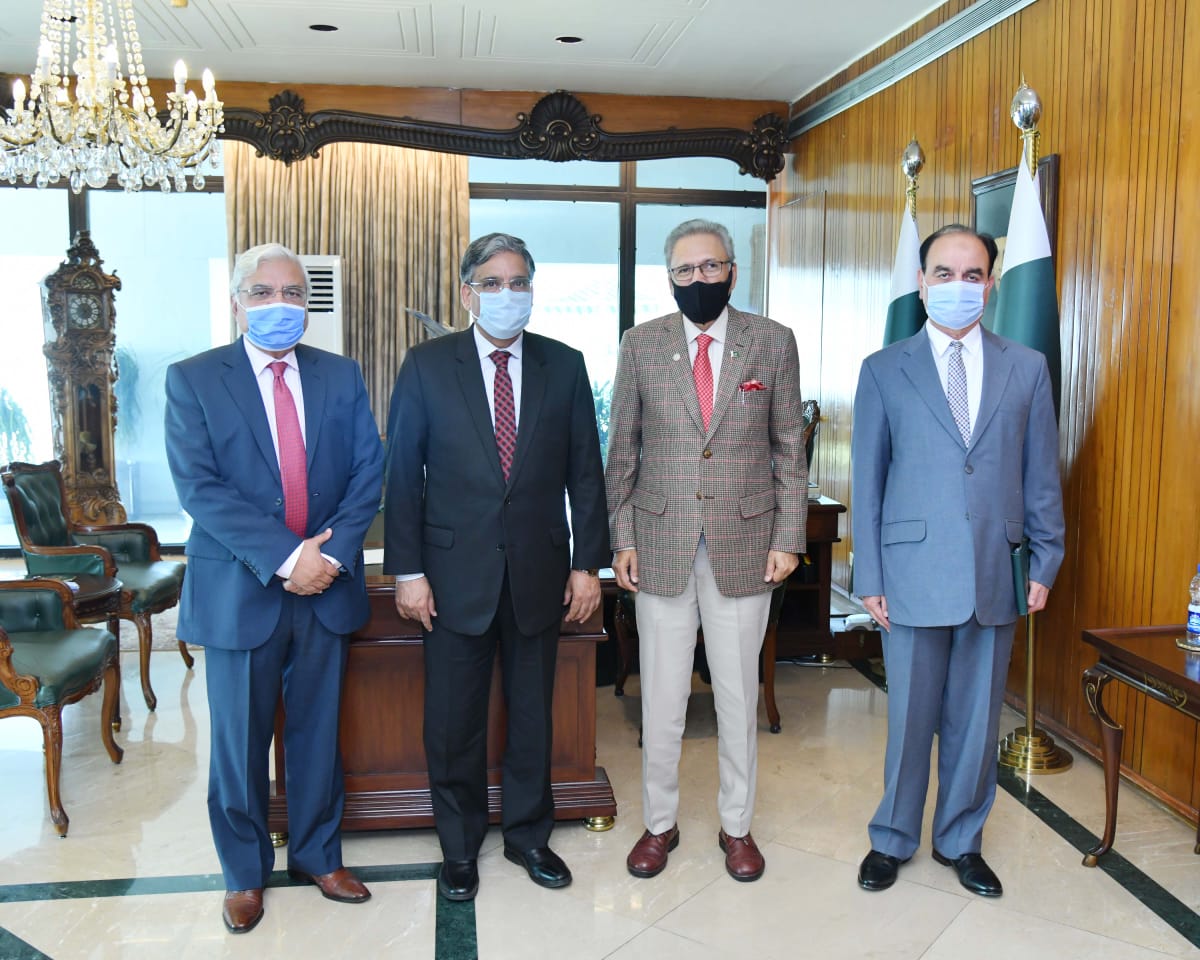 President Dr. Arif Alvi has asked Wafaqi Mohtasib (Federal Ombudsman), Syed Tahir Shahbaz, to further strengthen the Institution of Ombudsman by using modern technology to effectively and efficiently redress the complaints against the maladministration of government agencies. He emphasized the need for increasing the outreach of the Federal Ombudsman so as to provide inexpensive and expeditious justice to the people at their doors steps through efficient system of redressal of complaints against the government agencies. The President made these remarks while talking to Federal Ombudsman, who called on him, at Aiwan-e-Sadr, today.

The Federal Ombudsman presented the annual report to the President about the performance and achievements of his organization during the calendar year 2020. He informed that his office made tremendous efforts by redressing record numbers of complaints despite the Covid-19 pandemic. He apprised that 130,112 complaints, out of 133,521, were disposed off during 2020 while relief was provided to 70,311 complainants which constituted 50% of the total disposal. He informed that the media awareness campaign, which was launched on the direction of the President of Pakistan, led to surge in online complaints to 77,930 as compared to 11,289 during 2019. The President appreciated the timely compilation of annual report and the efforts of Federal Ombudsman and providing inexpensive justice to the people.